This multirole space superiority fighter craft was designed and realized in Blender. Borrowing design elements from the RAH-66 Comanche and AH-64 Apache attack helicopters, along with inspiration from the Homeworld universe, and an imagination influenced my decades of science fiction games and movies, this craft sports a menacing look as fierce as it's weapons systems. With articulating forward sensors, dual pivoting external hard points, and an internal ordinance bay, the two man crew operates a killing machine that's as versatile as it is maneuverable.

Since I was designing this on the fly I went through at least five iterations of what it should look like over a period of about a month. The engines were really the only design element to stay unchanged throughout the entire process. I had modeled them as a doodle during a lunch break and was trying to come up with a ship to fit them. I came to the final body shape with the input of other artists who were following the process on Instagram. Collaboration usually yields better results than a single person operating on their own. In the end I am quite happy with it. I have yet to create the cockpit interior and the inside of the ordinance bay.

Leave your comments and criticisms in the comments!

You can follow the progress of whatever I happen to be working on at the moment by following ArtOfKarlB on my Artstation blog or any of the followingplatforms. 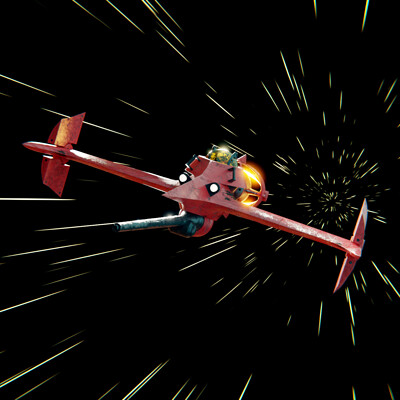 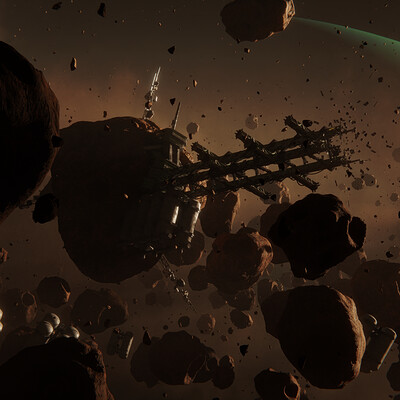 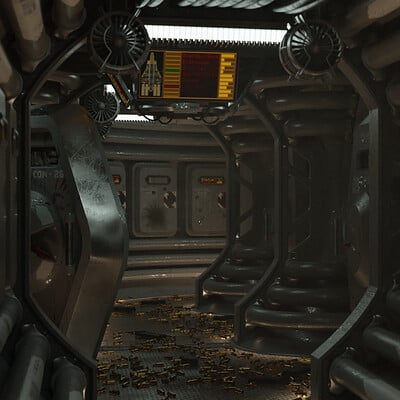